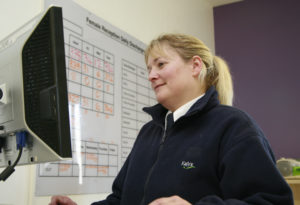 As you probably know, in late March, Prisons and Probation Ombudsman staff were unable to access our office due to the restrictions introduced by the government in response to the COVID-19 pandemic. This meant we were unable to access our post, or print and send letters to people in prison who had contacted us. In May, we found a solution to accessing post, but still had to think about how to respond.

We already knew a little about the Email a Prisoner (EMAP) service and found out this was being used successfully by many different organisations for communicating with prisoners, including legal professionals and charities.

We liked the idea that we would be able to use the service to get in contact with people in prison quickly, to provide decisions on whether we were going to investigate their complaint, and request further information if required. Using the reply function meant that if we needed to ask a question we could do this quickly using the service.

We knew that EMAP was being used successfully in almost all prisons in England and Wales. However, we decided that we could not use EMAP in the three prisons where prisoners accessed emails through a kiosk, because we felt it was important for prisoners to have a printed copy of our letters. We also thought very hard about those letters that were not suitable for EMAP. We know that the service is not confidential, and that printed emails might or might not be delivered to prisoners in a sealed envelope; and that we could not guarantee that prison staff had not read our emails. For that reason, we decided not to send anything that we judged to contain sensitive or confidential information – preferring to wait to send these letters under the greater protections of Rule 39.

We began using EMAP at the end of May 2020, focusing on letting people know if we would be investigating their complaint. We started sending some suitable investigation outcomes too. We have now sent out around 900 letters via EMAP.

EMAP has been incredibly helpful in allowing us to keep in touch with those who complain to us from prison. We are now able to print out letters from our office and we do this once a week. However, we will continue to use EMAP for the time being. We soon plan to review our use of EMAP, including asking for the views of those who have received letters from us via EMAP, and prison staff who have helped facilitate the service.

This article previously featured on Inside Time in September. You can read this here: https://insidetime.org/email-a-prisoner-ppo-success/