WWW.PPO.GOV.UK uses cookies which are essential for the site to work. We also use non-essential cookies to help us improve our digital services. Any data collected is anonymised. By continuing to use this site, you agree to our use of cookies.

The cases below illustrate some of these problems. 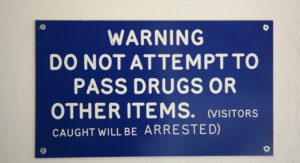 Mr A was a 32-year-old man who was serving a long sentence for a violent offence. He was prescribed methadone (medication used to treat opiate addiction) for much of his time in prison. His friends said he also used illicitly obtained prescription drugs on a regular basis, including a heroin substitute and various pain relief drugs. He was admitted to hospital following an apparent overdose of paracetamol. There was significant intelligence that Mr A was involved in drug-related violence and bullying in prison, but also that he was under threat and in considerable debt.

He was released on licence but a few months later he was recalled to prison after taking an overdose in the community. Although he had overdosed three days earlier, he was not placed on an ACCT. He was started on a methadone opiate detoxification programme.

Mr A became known by staff and other prisoners as a regular user of illicit prescription medication. Staff found illicit drugs in his cell and, on the same day, Mr A was recorded as being ‘under the influence’. Although he was placed on a disciplinary charge, he was not tested for drugs. There was no follow-up with healthcare staff and prescribers were not told about these events so no one considered whether to make changes to his methadone prescription. One morning, Mr A was found dead in his cell. He had died from an overdose of drugs, a combination of methadone and illicitly obtained prescription drugs. There is no evidence that Mr A intended to take his life.

The evident frequency and ease with which Mr A was able to obtain illicit prescription drugs in prison are very concerning. The use of such drugs alongside methadone carries significant risks, and we are concerned that intelligence that Mr A might have been using illicit medication was not properly followed up.

There was little evidence of any meaningful interaction between prison officers and Mr A, which meant that staff had less opportunity to identify his illicit drug use or any other underlying issues he had. He presented with a range of risk factors, including a recent and significant drugs overdose. These should have been properly managed and we are concerned therefore that no one began ACCT procedures when he arrived at prison. 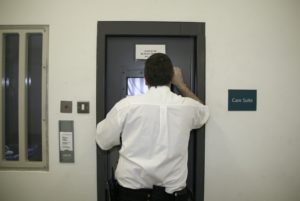 Mr B was a 28-year-old serving his first prison sentence. He had a long history of drug abuse in the community. While in prison, he detoxified from heroin and cocaine, and agreed to receive support from substance misuse rehabilitation services. But he also told a substance misuse worker that he was struggling with his desire to use drugs and asked about being placed on a methadone maintenance programme.

About a month later, he was found dead in his cell. The post-mortem found that his death was due to PS toxicity. There is no evidence that Mr B’s death was anything other than accidental.

We found that, given his clear and established pattern of drug use before his arrival in prison, Mr B was clearly vulnerable to misusing drugs in prison, particularly as both HMIP and the IMB have expressed concerned about the ready availability of drugs in Mr B’s prison. There was a significant amount of evidence to suggest that Mr B was regularly misusing drugs in the period before he died, and his mother also believed he was doing so. Despite this, wing staff told us that they had seen no indications that Mr B was using drugs.

We do not dispute what they told us, but are concerned that – particularly in a prison where the misuse of drugs was so high – staff were not more attuned to the risks Mr B presented and the behaviours in which he apparently indulged.