This article was written by staff at the Prisons and Probation Ombudsman. We’d like to thank The Traveller Movement for publishing this article in July 2020. You can view their article here. 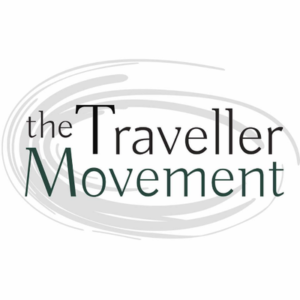 The Prisons and Probation Ombudsman (PPO) is appointed by and reports directly to the Secretary of State for Justice.  The current PPO is Sue McAllister, who has held the post since 2018.

The PPO carries out independent investigations into deaths and complaints in custody, and has two main duties:

The purpose of these investigations is to understand what happened, to correct injustices and to identify learning for the organisations whose actions we oversee so that the PPO makes a significant contribution to safer, fairer custody and offender supervision.

We know that Gypsies and Travellers are disproportionately represented in the prison population, but data on prisoners’ ethnicity is still poorly recorded. Because of this, at the PPO we struggle to identify complaints from prisoners from Gypsy or Traveller backgrounds. In 2015, we published a Learning Lessons Bulletin on Deaths of Travellers in Prison. In it, we acknowledged that only a relatively small percentage of the PPO’s fatal incident investigations established that the prisoner was from a Gypsy or Traveller background. However, we identified six lessons for HMPPS from our investigations into deaths of Gypsy or Traveller prisoners, including recognising the increased risk of suicide for prisoners from these backgrounds, ensuring that family ties are maintained and ensuring that Travellers are represented in both prisoner and staff equality groups.

In January 2020, as part of our commitment to making the PPO staff group more representative, the PPO recruited two colleagues through the Going Forward Into Employment scheme (a collaboration between Cabinet Office and the Ministry of Justice to encourage the employment of ex-offenders into the Civil Service). One of them, recently released from HMP East Sutton Park, reflected on her friendships with prisoners from Traveller backgrounds:

While in prison serving a five-year sentence, I came across many prisoners from a Traveller background. I saw first-hand how they were discriminated against and pre-judged because of their ethnicity. Some had not had a conventional education and could not read and write well, which made it harder for them to stand up for themselves. While I was in prison I helped a lot of people who had not learned to read and write, among them Travellers, to complete written applications (the process to follow if you need or want something in prison). Without help, they could also not raise complaints – and they received no help from staff to do this. They would never have thought of taking a complaint to the PPO.

When I moved to an open prison, I shared a room with a Traveller prisoner. She was kind, gentle and generous with her time and patience. By the time they arrived at an open prison, most prisoners had received some education and could now read and write. Many took and passed exams which led to work opportunities, which developed their confidence enormously and broadened their horizons post-prison.